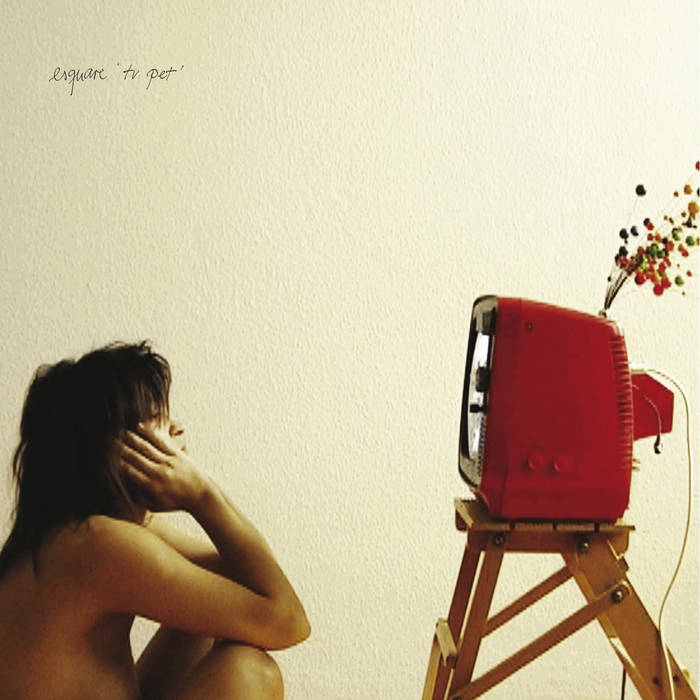 after the unique debut release of esquare, fxyz and elle p. follow up with a harmonic multiplication of virtual/analogue tones and a vibrant voice to create beautiful and deep “wish”. Sawtooth bass, minimalistic percussion, a single lead-synth combined with a chordy melodic line of a rhodes piano and levitating vocals flow into a pure composition smoothly clicking your soul to the beat.

sei a - the so-called “deeper alias” of andy graham is one of the most sought-after remixers/producers releasing on turbo recordings, gigolo and his own imprint seinan music. Jori Hulkkonen, Booka Shade, Matt Walsh, Justin Martin got remixed by london-based sei a and his latest album release WHITE RAINBOW presents a fusion of talent and know-how. On the ‘tv pet’ EP he presents a remix that could not been translated better into his world: providing a diverse finish for elle p.'s voice - dark, whispering and twisted - the original song got a perfectly straightforward and shaking dress. The harmonics have the same roots as the original but lead to a surprisingly different outcome. A smashing blast from the famous island!

skinnerbox developed one of the richest electronic live performances of the decade and so far you’ve never heard a remix of iftah gabbai and olaf hilgenfeld - not only because they were busy creating a distinct definition of the best suiting interface between jazz, disco, techno, house, downbeat and love. Their “Sam & Earl EP” advanced to a historic title, and their latest bpitch control EP "Anapol" can be found in the record cases of Laurent Garnier, Timo Maas, Rüde Hagelstein, Adam Beyer and Ellen Alien. Elsewhere delightedly presents skinnerbox’s first remix ever which is a nine-minute-seducement into a detailed cosmos to explore several times to soak every wily piece of it. This duo, draws “wish” into infinity by combining their unique, crafted method of composing with diy-electronic devices and state-of-the art producing – music at its greatly best!

°
"Wish, the one and only original track here, is analogue electro house for the bass generation, topped with Elle P’s vocals, flitting from a whisper to the kind of delivery that may or may not remind you of a Bond theme. If, that is, the score was conceived by someone like Ellen Allien."
Plain & Simple UK

DJ Three: “This is a fantastic EP. Made my day with these. Cannot wait to play both club mixes.”

Bloody Mary: “Wish original and shinnerbox rmx will be in my playlist.”