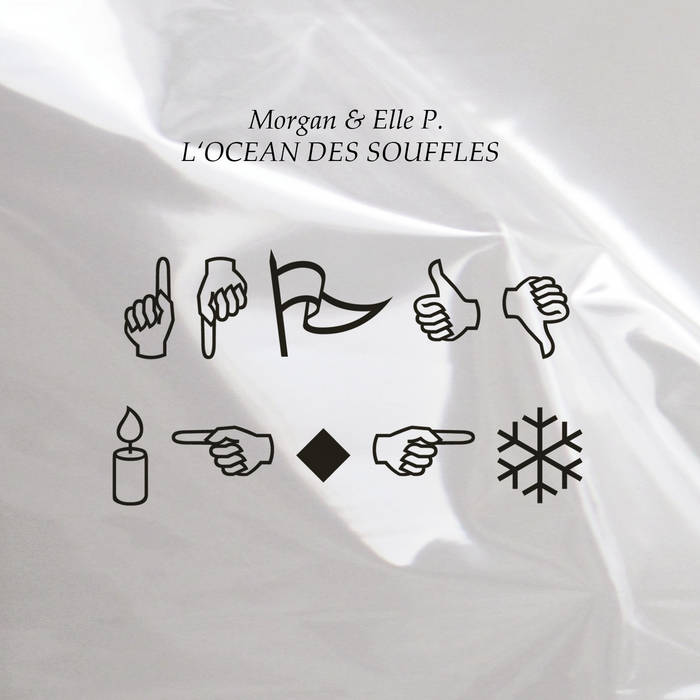 Elle P.' s unique, unassuming and diverse singing style has been heard in many collaborations and performances with established artists. This time, she teamed up with Morgan Belenguer, a french artist based in Paris. Describing his working methods in music, he says: ‚'Rather than to reproduce music for a life style, I'd like to stay behind the bar to develop musical cocktails that sound like liquid poems. I got wandering hands which settle on things that are by definition fickle/elusive.'

Without premeditation nor targets 'L‘Ocean des Souffles’ - which can be translated as ‚The Ocean of Breaths’ – emerged from the layout of accidental collisions.

°
SAWLIN /// COCOON/DELSIN REC.
"Once again, I'm more than happy to have friends giving prominence to variety and quality. The day i got 'L'océan des souffles' it was playing on heavy rotation. Weeks went by and I couldn't stop listening. A strong oeuvre like this one will have global impact. If it comes to recommending it abroad, I'm in! This elsewhere release is on top of the list of music that Germany has to offer."

°
RADIO Z NÜRNBERG/GERMANY
Very nice! And the video, too. On our playlist!

°
RADIO WESTERN INC CHRW 94.9 ONTARIO / CANADA
'We quite enjoy this sound!'
L'Ocean des Souffles° climb up to the Top 10 on the canadian radio.