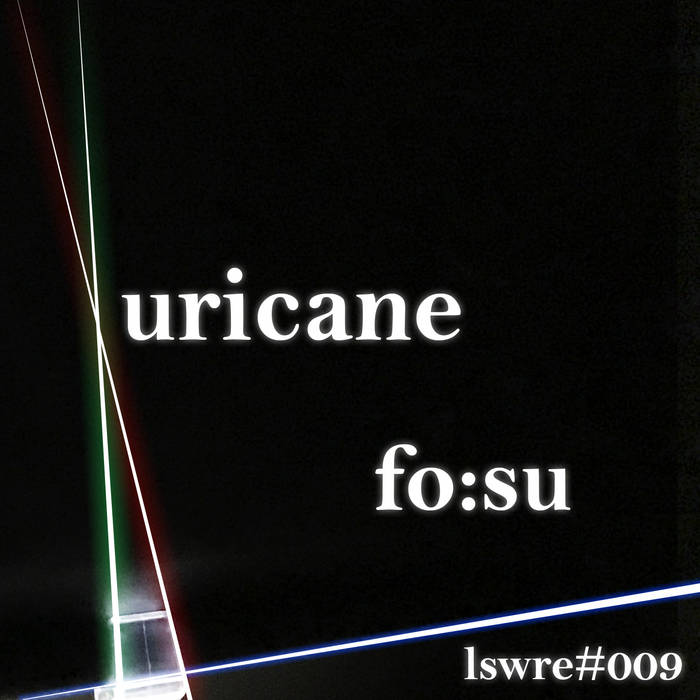 “FO:SU” will be released as limited tape edition in April and later on digitally as well.
elsewhere will provide high quality 24bit WAV files at bandcamp as bonus addition the tape release.

uricane is a highly talented and experienced musician, producer, dj and live engineer from Tel Aviv. Playing the drums was his first passion. He still plays live drums for his productions and the natural feel of his percussion roots from many years drumming experience as well. His musical identity can be described as deep, atmospheric, melancholic and driven by emotions. He contributed to elsewhere from the beginning and he’s an essential musical part of the team. He spreads his tasteful music live and as DJ in Tel Aviv, Berlin and elsewhere. “FO:SU” is his first solo release on elsewhere featuring two unique tracks and one remix from the grooving captain himself.

„nothing he’s“ is a deep, groovy dance floor weapon. Sweeping between a huge sub bass line and tricky melodic sequences the track sets the pace for massive body movement. Countless variations and moving elements contribute to the deep, atmospheric feeling of this high class production.

“mashumashu” is a kind of its own. This track originally decided the release at elsewhere – uricane handed in an arrangement that was 15 minutes long and confirmed immediately by all members of the A&R department. This one will drag you into oblivion drawing pictures in your mind… hard to find words for this one – just listen!

This release contains a series of unique remixes featuring different
interpretations of “nothing he’s”:

theFranks pushed the red button and recorded all synths live being highly inspired by the original parts of “nothing he’s”. He created a straight and at the same time playful remix. The main synth is spreading all over the spectrum and melodic lines swing around the hook line. Being slightly more minimal than the original it will raise your pulse wherever you are… drink, but don’t drive while listening to this one.

uricane bent the original of “nothing he’s” by remixing it himself. He melted together the spirit of “mashumashu” and the sonic ingredients of “nothing he’s”. This results in a hard to get suspenseful feeling. Epic production!

In-out added their trademark flavour to “nothing he’s” but this time we can call it an exceptional episode – the highly active producer and dj duo widen their range of sunny, atmospheric house tunes with a melodic, playful and unexpected track.